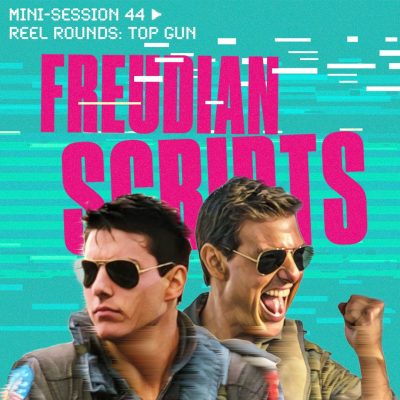 In Mini-Session with “Top Gun” and “Top Gun: Maverick”

Dr. Sam and Dr. Fran join TOPGUN this week! With this new Reel Rounds Mini-Session, we are ’rounding’ on the Top Gun movies.

First, the doctors introduce a new type of psychology, Personality Psychology, and define various personality traits. Then they review personality traits and skills presented in research about military pilots. Do any of these seem to match up with what we see in the pilots from the Top Gun movies? Do all fighter pilots have superior beach volleyball skills? Specifically, the doctors discuss Maverick’s portrayal in both movies and his personality traits. How would you describe Maverick? Finally, Dr. Sam and Dr. Fran introduce Military Psychology and give a very brief history about psychology’s role in the military.
Have you lost that loving feeling? Listen to this week’s session to get it back.

Novelty seeking behavior – a personality trait characterized by excitement in response to new information in the environment.

Neuroticism – personality trait characterized by a tendency toward anxiety, depression, self-doubt, and other negative feelings

Stimulation seeking – the tendency to pursue new and different sensations, feelings, and experiences

We introduce a new subtype of psychology to the podcast, personality psychology.

We also discuss the Big Five Factor Model of personality. Read more about it here and here.

What personality traits are common among fighter pilots? Listen to our episode and check out this article to find out.

Even wonder what it takes to perform in a high demand career? Check out this article on the psychological skills used among military pilots.

We briefly discuss the history of mental health screening in the military. Take a deeper dive here.

Mental health in the military is an important topic covered in this episode. Learn more about disqualifying conditions here and here.