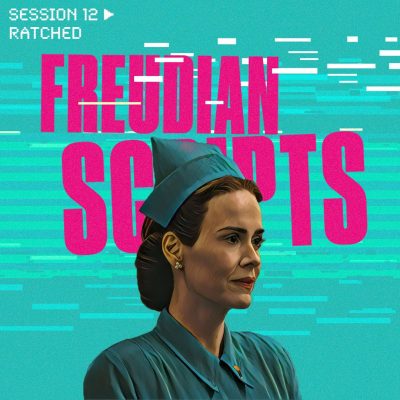 In Session with “Ratched”

Welcome to Lucia State Hospital… where the nurses are not nurses, the doctor is taking more medication than he prescribes, and the only problems the patients face are the people “treating” them.

Don’t lose your head! For a special Halloween treat and final episode in the Spooky Session Series, Dr. Sam & Dr. Fran discuss Netflix’s popular show, Ratched. Join us as we attempt to better understand Nurse Ratched. Is she an angel of mercy or angel of death? We also chat about Edmund and his motivations. Finally, we review the various treatments portrayed including lobotomies, hypnosis, scalding baths, and LSD. Yes, we said treatments…
This session will have you thanking your lucky stars that you are not under the care of Nurse Ratched or Dr. Hanover where the only positives are the stylish wardrobe and expansive office space. See you next session at Oregon State Hospital!

Severe mental illness – a mental disorder characterized by serious impairment that interferes with multiple life domains; examples may include schizophrenia or other psychotic disorders or severe forms of other mental disorders

Prefrontal cortex – part of the frontal lobe of the brain; responsible for executive function, or the process of planning, organizing, and decision making

Hydrotherapy – the use of water for pain relief and treatment

We briefly discussed the “cycle of violence” in today’s session–check out Dr. Cathy Widom’s seminal work in this area.

Interested in learning more about the interactions between genes (nature) and the environment (nurture)?  We recommend the work by Moffit and Caspi.

We covered some of the history of outdated mental health “treatments.”  Learn more below!

Dr. Sam described a modern day use of hypnosis–the magic glove technique! Read more here (or check out this video if you’re a visual learner)