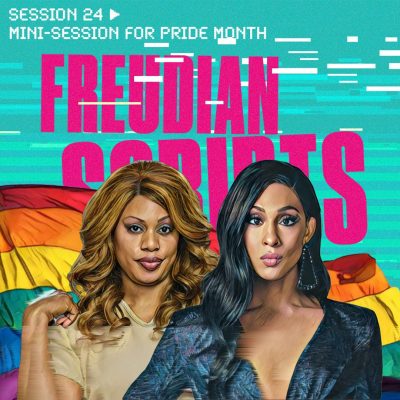 In Mini-Session for Pride Month

Join Dr. Sam and Dr. Fran this week for a special Reel Rounds Mini-Session. in honor of Pride, we are ’rounding’ on the portrayal of transgender woman of color in two popular TV series.

The doctors will share brief clips from Netflix’s Orange is the New Black and FX’s Pose, reviewing the portrayal of two main characters from each show. First up, we’ll listen to the challenges Laverne Cox’s character Sophia Burset faces and overcomes at Litchfield Penitentiary. Specifically, we’ll discuss access to hormone medications and solitary confinement for transgender women of color who have been incarcerated.
Additionally, we’ll introduce Mj Rodriguez’s character Blanca from Pose, highlighting her resilience in the face of biases and discrimination she encounters. We’ll discuss the importance of acceptance and the impact of media representation of trans people and their histories.
Don’t be late and come prepared for our first Reel Rounds!

Rounds – a series of professional meetings with hospital patients made by doctors, nurses, and members of the healthcare team

Through the lens of Orange is the New Black (OITNB), we discussed the challenges that transgender women often face in the prison system.  Read more about topics covered, including the use of solitary confinement and experiences of violence and abuse among this population.

Also, take a listen to OITNB actress, Laverne Cox, describing the issues of solitary confinement and access to hormones among incarcerated transgender individuals in her own words.

We also “rounded” on Pose in today’s mini-session and shared a brief overview of ballroom culture as depicted in the show.

Finally, hear the cast from Pose discuss the importance of acceptance and media representation for the LGBTQ+ community